During the night Paul had a vision: there stood a man of Macedonia pleading with him and saying, ‘Come over to Macedonia and help us.’ When he had seen the vision, we immediately tried to cross over to Macedonia, being convinced that God had called us to proclaim the good news to them.

We set sail from Troas and took a straight course to Samothrace, the following day to Neapolis, and from there to Philippi, which is a leading city of the district of Macedonia and a Roman colony. We remained in this city for some days. On the sabbath day we went outside the gate by the river, where we supposed there was a place of prayer; and we sat down and spoke to the women who had gathered there. A certain woman named Lydia, a worshipper of God, was listening to us; she was from the city of Thyatira and a dealer in purple cloth. The Lord opened her heart to listen eagerly to what was said by Paul. When she and her household were baptized, she urged us, saying, ‘If you have judged me to be faithful to the Lord, come and stay at my home.’ And she prevailed upon us.

I can’t wait for our silent auction and luncheon today! You know that I love eating, and I hate cooking!

But I also look forward to the fellowship. It feels good to be with our brothers and sisters in the Lord. We are members of the Household of God, which goes beyond what we can see or imagine. When we gather at the table for a congregational meal, much like when we gather for Communion, we witness to our unity, our joy and our love.

Our Tuesday night suppers have brought me peace and a feeling of closeness with all our regulars and our wonderful Fellowship Committee.

They work hard to bless us, preparing and serving meals for our congregation and friends from September through April! Very few churches offer this kind of ministry.

If you didn’t come to our Tuesday night suppers this season, you missed out on opportunities to minister to people in need and to have others, at times, minister to you.

Today I have yet another reason to be happy we are gathering for a congregational meal.

The proceeds from our silent auction will help pay for the youth to attend the Montreat Youth Conference in July. I am hoping to go with them. Friends, relationships take time and space to blossom and grow. At the conference, our teens and adult leaders will be sharing housing and eating, worshiping, studying and enjoying recreational activities together.

The conference, “A World of Difference”, invites teens to come just as they are, to get away from the stress and routine of their lives and be refreshed as they listen for God’s voice in a beautiful, wooded setting. 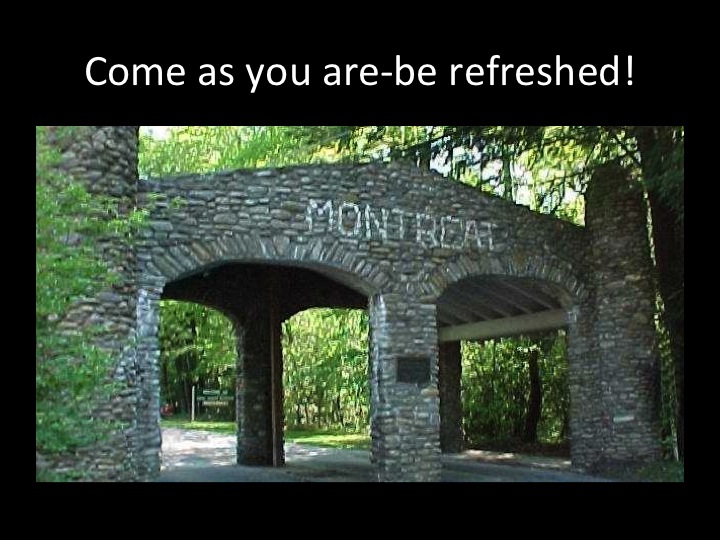 What’s exciting about the conference is not just the spiritual and biblical teaching and inspiring worship, but that our teens will meet youth from all over the country who are trying to be Christians in what is, essentially, a secular society. I pray that our youth, coming from a congregation with so few teenagers, will be empowered and affirmed in their faith, being reassured that they are not the only teens who care about Jesus and the Church. 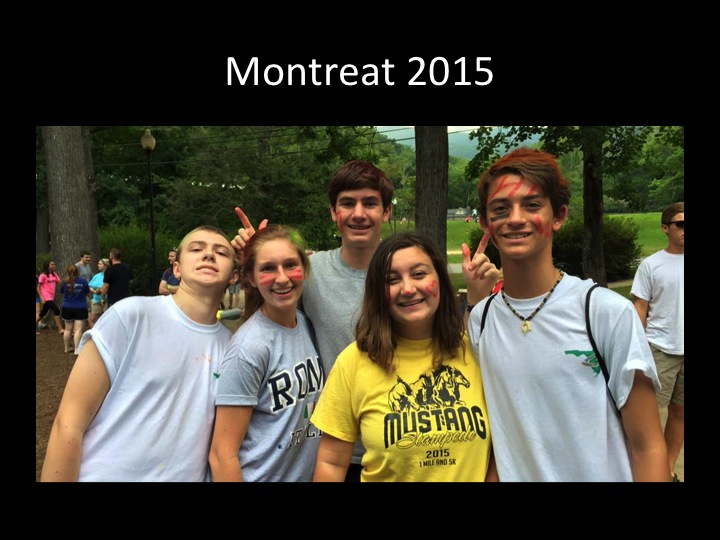 It is good for them to see that they are not the only youth in the Household of God! May they be stirred to become more faithful followers, humble servants of Him. 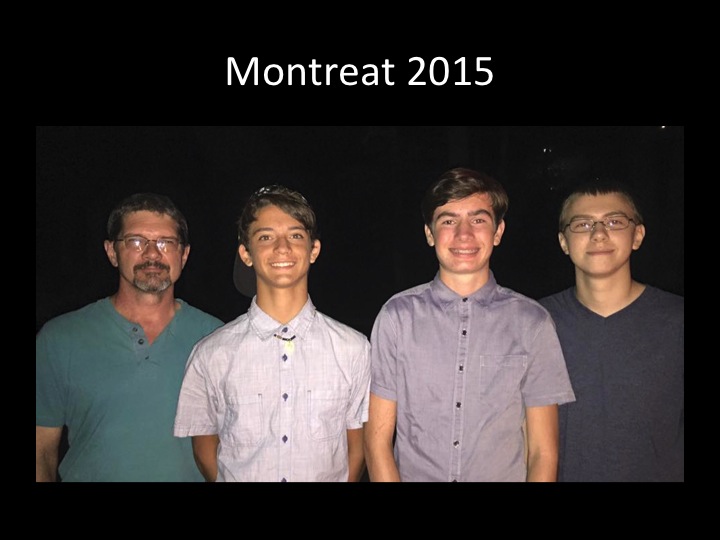 In the Acts of the Apostles, we have excellent models of Christ’s humble servants, moved to acts of kindness and hospitality. In Acts 16, Paul is journeying with Silas in the southeastern province of Galatia, visiting the cities Paul and Barnabas had evangelized 2 or 3 years before- Derbe, Lystra, Iconium, and probably Pisidian Antioch.

At Lystra, young Timothy (believed to be a teenager at the time) joins them in their mission work. Timothy’s mother and grandmother are Jewish believers; his father is a Greek nonbeliever. The churches at this time are growing in faith and number, “day by day,” 16:5 tells us. As the three men pass through the Phyrygian and Galatian region, the Holy Spirit stops them from going to Asia and Bithynia. They end up reaching the sea at Alexandria Troas, a Roman colony and regular port of call for vessels journeying between Asia and Macedonia. Ancient Macedonia was a region north of Greece, a border territory, in what is southeastern Europe.

In Acts 16:9, Paul sees a vision of a man of Macedonia, appealing to him for help.

Something interesting happens in the text in verse 10. The narrative voice turns from third person to first person. Let’s look at verse 10. “When he had seen the vision, we immediately tried to cross over to Macedonia, being convinced that God had called us to proclaim the good news to them.” This is the first part of the “we/I” section of Acts. Some think this means that Luke, the author, possibly the physician mentioned in Col. 4:14, joins Paul, Silas, and Timothy at this point of the journey and includes himself as a witness in the account.

The group sails and ends up, 2 days later, in Philippi, a city in Macedonia, which Luke identifies as a Roman colony, unlike the other Roman colonies that Paul evangelizes. The reason is probably because the law of a Roman colony is important to the story of Lydia. Women in Macedonia were known for their independence and under Roman law, which governed life in the colony, freeborn women with three children and freedwomen with four children were granted the right, among other privileges, to undertake legal transactions on their own initiative.

On the Sabbath, Paul, Timothy, Silas and Luke don’t go to a synagogue, as they usually do when they first enter a town. Perhaps this town didn’t have a large enough Jewish population to support a synagogue, which must, by Jewish law, have at least 10 men at every service. They go outside the gate of the city by the bank of the river Gangites. They have heard about a group of faithful women who gather at the river on every Sabbath to go through the Jewish service of prayer. They sit down with them, and Paul begins teaching them about Jesus.

It’s important that this story follows Peter’s vision of the meat blanket and God’s Kingdom being opened to all people–Jew and Gentile– and the Jerusalem Church coming to agree with him. For one of the women–Lydia, a name that means “the Lydian woman,” is a God-fearing Gentile from Thyatira, a province of Asia. Thyatira lay in the territory of the ancient kingdom of Lydia. The people of that area were famous for the manufacture of purple dye, extracted from the juice of the madder root. Lydia had come to Philippi as a trader in that dye.

Verse 14 tells us that God initiates Lydia’s conversion. “The Lord opened her heart to pay heed to what Paul was saying.” Notice that it isn’t an intellectual understanding that makes her a Christian! Her heart is open to hearing from the Lord. Lydia, who is Paul’s first convert in Europe, is immediately baptized in the river, along with her whole household.

This is one of at least 4 instances in Acts when an entire household is baptized after the head of the household comes to believe. This happens with Cornelius in Acts 10 and 11, with the Philippian jailer later in Acts 16, and with Crispus in Acts 18. Lydia’s is the only account when the head of the household is a woman. This brings to mind Peter’s promise in Acts 2 to the new believers in Jerusalem who heard his preaching and were “pierced to the heart”: “Repent, and each of you be baptized in the name of Jesus Christ for the forgiveness of your sins; and you will receive the gift of the Holy Spirit. For the promise is for you and your children and for all who are far off, as many as the Lord our God will call to Himself.”

Lydia’s household would include more than just her immediate family; as would the households of Cornelius, the Philippian jailer, and Crispus; it would also include servants and other dependents. We don’t know if Lydia is married or a widow; Luke doesn’t tell us. But it’s clear that Luke intends for her acts of kindness and hospitality to be proof of her devotion to the Lord and His Church. Verse 15 says, “When she and her household were baptized, she urged us, saying, ‘If you have judged me to be faithful to the Lord, come and stay at my home.’ And she prevailed upon us.” Other translations say, “She would take no refusal.”

God opened her heart; she, in turn, joyfully opened her home. She wouldn’t take no for an answer!

And the word “household” came to have a broader meaning for Christians than just families, servants and other dependents living together. Household came to mean the Church of every time and place, connected by one Savior, one faith.

Paul tells the Ephesians, in chapter 2:19-20: “So then you are no longer strangers and aliens, but you are citizens with the saints and also members of the household of God, built upon the foundation of the apostles and prophets, with Christ Jesus himself as the cornerstone.”

Brothers and sisters, I thank you for your kind support of the youth! Thank you for your donations, your encouragement of them and your love and prayers for those who may be, because of their youth and all the pressures they feel in this secular world, the most vulnerable members of the Household of God. May the Lord open the hearts of all who attend the conference–adults and teens– and may they feel the peace and joy of God’s loving presence on their journey there and back. May the Spirit stir them to renew their commitment to Christ so that they may go and share God’s love with the world. 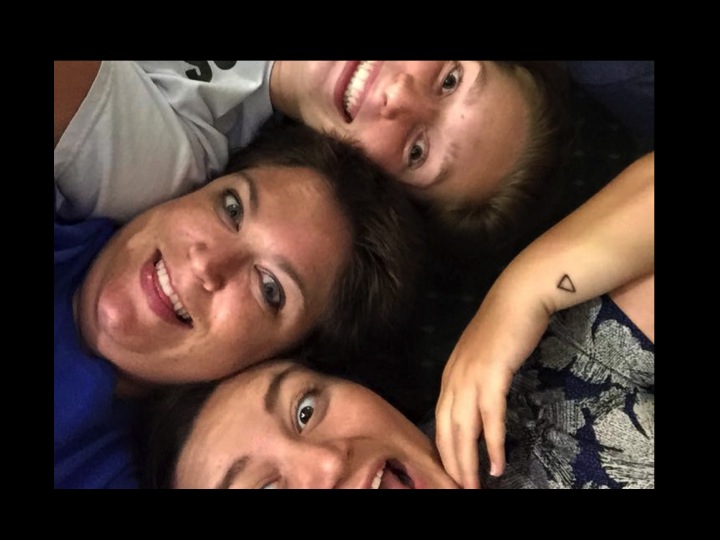 Like Lydia, may they be moved to acts of kindness and hospitality as Christ’s ever-faithful followers, humble servants of Him.

Heavenly Father, thank you for your love and grace that led you to give up your only Son, the Risen Savior, for our sakes! Thank you for opening our hearts so that we, like Lydia, Cornelius, Crispus, and the Philippian jailer would hear your voice and be stirred to be your followers. Be with our youth, Lord, as they seek to witness to your saving love in a secular world, where so many young people don’t have hearts to love you and serve the Church. Bless the youth leaders and other volunteers as they seek to nurture our young people and lead them on straight paths. Stir us all to pray more, to gather in quiet places like Lydia and the other woman at the river Gangites. Empower us to acts of kindness and hospitality that give evidence of the authenticity of our faith and build up the Household of God. Help us to be your humble servants. In Christ we pray.

I am the pastor of First Presbyterian Church of Smithtown, New York on Long Island. Come and visit! We want to share God’s love and grace with you and encourage you on your journey of faith. I have served Presbyterian congregations in Minnesota, Florida and Ohio since my ordination in 2011. I am a 2010 graduate of Princeton Theological Seminary and am working on a doctor of ministry degree with Austin Presbyterian Theological Seminary. I am married to Jim and we have 5 grown children and two grandchildren in our blended family. We are parents to fur babies, Liam, an orange tabby cat, and Rory, a standard poodle. View more posts