Epiphany of Our Lord

2 In the time of King Herod, after Jesus was born in Bethlehem of Judea, wise men from the East came to Jerusalem, 2 asking, “Where is the child who has been born king of the Jews? For we observed his star at its rising, and have come to pay him homage.” 3 When King Herod heard this, he was frightened, and all Jerusalem with him; 4 and calling together all the chief priests and scribes of the people, he inquired of them where the Messiah[was to be born. 5 They told him, “In Bethlehem of Judea; for so it has been written by the prophet:  6 ‘And you, Bethlehem, in the land of Judah, are by no means least among the rulers of Judah; for from you shall come a ruler who is to shepherd my people Israel.’” Then Herod secretly called for the wise men and learned from them the exact time when the star had appeared. 8 Then he sent them to Bethlehem, saying, “Go and search diligently for the child; and when you have found him, bring me word so that I may also go and pay him homage.” 9 When they had heard the king, they set out; and there, ahead of them, went the star that they had seen at its rising, until it stopped over the place where the child was. 10 When they saw that the star had stopped, they were overwhelmed with joy. 11 On entering the house, they saw the child with Mary his mother; and they knelt down and paid him homage. Then, opening their treasure chests, they offered him gifts of gold, frankincense, and myrrh. 12 And having been warned in a dream not to return to Herod, they left for their own country by another road.

About a month before the Kids Klub Christmas show, our performing arts director was working on props. She asked for my help.

“What is myrrh?” she asked.  “What did it look like? And, how would the 3 kings have carried it?”

“What?!” she protested.“But they have names!” 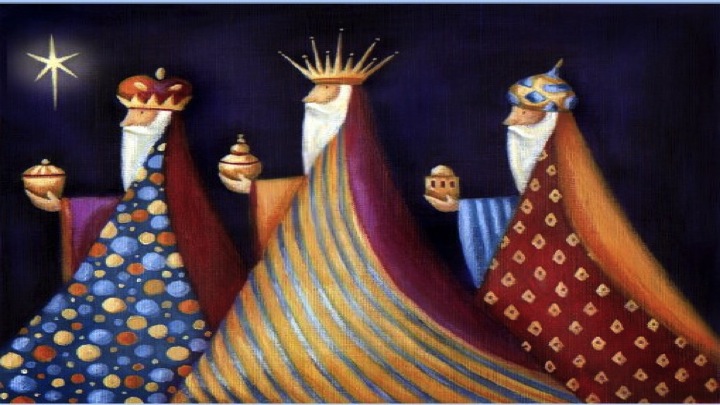 I hated to tell her they are legend–shaped by Christian artists and writers over the centuries, Hollywood movie producers, and greeting card companies. But the wise men could have been kings. They could have had cool names like Gaspar, Melchior and Balthazar, one of the important characters in our Kids Klub Christmas show. Here’s Balthazar. He leads the video game obsessed hero–and all of us—to find the real treasure and meaning of Christmas–the baby, our Savior, Jesus Christ.

She took it pretty well after her initial disappointment. She made a sparkly bag of myrrh for the “bandit” to hold up as the “ancient treasure of myrrh.”  Here’s Ben.

I showed the director the only New Testament passage that talks about the wise men looking for Jesus–our gospel reading today in Matthew. The “king” language isn’t in Matthew’s account, but Christians may have assumed the wise men were kings because of other Scriptures in the Old Testament. Psalm 72:11 says, “May all kings fall down before him.”

Isaiah 60 also mentions kings of all nations bringing their gifts of gold and frankincense (but not myrrh) to the Lord, bowing down to worship him and proclaiming his praise. Isaiah 60:1-6 is traditionally read in churches on Epiphany, along with Matthew’s account of the wise man. The word Epiphany comes from the Greek word epiphaneia, meaning the shining forth of God’s glory in human form at the birth of Christ. Epiphany is Christ’s first appearance to the Gentiles.

The passage in Isaiah is a compelling vision of hope for the exiles returning from Babylon, about 500 years before Christ is born. They find their Holy City is a mess of crumbling buildings, corrupt authorities, and people apathetic to the faith of their ancestor Abraham. The returning exiles are devastated. Isaiah encourages them, foretelling how God will reveal his glory to Israel and all the nations. For God is still with them, though they can’t see him or see the wonderful things that are yet to come. The “kings” of other nations will see God’s light reflected by His people–and come to worship him. Isaiah urges Israel to see with eyes of faith. “Lift up your eyes and look around,” for their sons from far away will return, and they shall all “see” God’s glory and “be radiant.” Their hearts shall “thrill and rejoice.”

It is a light from God– the star of Bethlehem–that leads the first Gentiles to Jesus, the Light of the World, in Matthew. The wise men or “magi” come to Jerusalem, to Herod, looking for “a child” who has been born “king of the Jews.”

Being from the East, the “wise men” are probably from Persia, Arabia and Sheba or what is now today Iraq, Iran, Saudi Arabia and Yemen. They practice a mystical craft handed down from ancient Sumerians that predates Moses. They discern the fates by studying the stars. 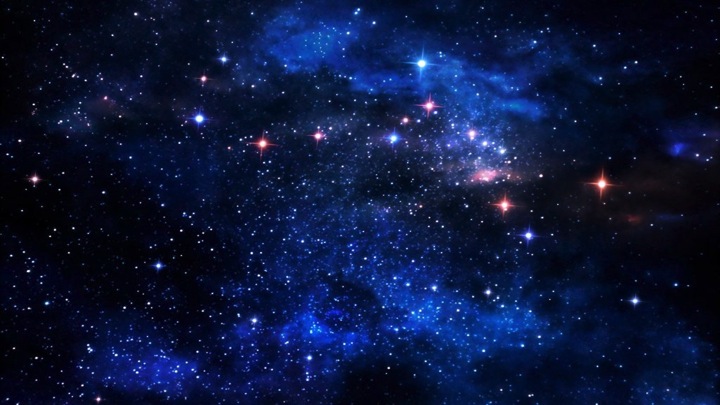 They are the magi, from the Greek magos, from which our English word magician is derived. Jews and later Christians will regard their mystical arts as deceptive and dangerous.

This is the first time Herod and the scribes and chief priests have heard of Christ’s birth. No wonder Herod is frightened, for his rule will be opposed and challenged. But did you notice that “all Jerusalem with him” is afraid? Why? A fearful, insecure leader will rule by intimidation, deception and cruelty, instilling fear in his people to keep his power and wealth. They may be afraid because in their experience, when the king is fearful, people die.

Herod calls the wise men to a secret meeting, wanting to know exactly when the star appeared so he can determine the child’s age.

Then he gives them a real whopper of a lie. He sends them to search “diligently” for the child in Bethlehem–6 miles from Jerusalem–and come back and tell him so Herod may go and pay him homage. Are they worried that if they don’t obey, they will die? Surely they must know that Herod would never bow down to worship someone who would replace him as king.

Doesn’t it seem odd that Herod doesn’t send soldiers to kill the child, right then, or go to Bethlehem himself? Or why don’t the scribes and chief priests go looking for the child? If they are believers and study God’s word, wouldn’t they want the Messiah to come? Their lack of joyful response to the news of his birth reveals their hearts. They want the status quo. The wealthy and powerful will resist anything that threatens their wealth, power and status.

The star again appears to the wise men as they leave Herod and leads the Gentiles looking for Christ, hoping in the one no longer an infant in a manger, but a “child” in a “house”–to the little town of Bethlehem.

They are struck with joy in the presence of the child, with his mother, Mary. They respond by opening “treasure chests” and giving precious gifts: gold for the king of kings, frankincense (an incense) as a symbol of deity and his priestly role, and myrrh (an embalming oil) foreshadowing his death so that we would be made holy and righteous through him.

The story ends with the wise men being warned in a dream not to return to Herod. And they go back home–to their own country–by “another road.” They disappear from the text as suddenly and mysteriously as they appear.

Do you wonder why the Lord might choose these astrologers, these Gentiles, to reveal himself to them?  Here are some observations about these mysterious men:

Their hearts were open to hearing from the Lord–and worshiping him.  They were already looking for the Lord, not just in books, but in God’s great creation! Bringing their gifts, they had hope that they would, indeed, meet him and were ready to give to him.  They made time in their lives for him and allowed God to lead them, following his star, though they did not know the God of the Israelites very well, if at all. They had not even studied Hebrew scripture, or they would have known that the child was born in Bethlehem, as Herod’s scribes will tell him, quoting the prophet Micah.

They won’t return, but Herod will be furious in vs. 16 when he learns that the wise men have “tricked him.” He orders the massacre of every child “in and around Bethlehem,” who are 2 years old or younger. But Jesus has escaped with his parents to Egypt, after Joseph is warned in a dream.

The Bible doesn’t tell us what happens to the wise men after they go home. Their lives, after seeing Christ face to face, must be forever changed. Others may have come to know the Lord, too, if they share their joy with them. I imagine they continue to live, looking for Jesus and hoping in him.

Are you, friends, looking for Jesus? You haven’t forgotten the joy of the Lord–so soon after Christmas, have you? Are you hoping in the God who is always with us–as exiles or free? Arise! Shine!  Your light has come.

Let us pray. Light of the World, Shine your light on us and through us, so all the world–Jew and Gentile–may see your love. Touch our hearts, Lord, so we feel your comforting, strengthening presence with us always, through times of discouragement or grief and times of joy. But at the same time, stir our hearts to always be looking for you in your word and all around your creation, listening for your voice, following your star just as the wise men did long ago. Lead us to hope in you and to walk in your way of peace. In Christ we pray. Amen.

I am the pastor of First Presbyterian Church of Smithtown, New York on Long Island. Come and visit! We want to share God’s love and grace with you and encourage you on your journey of faith. I have served Presbyterian congregations in Minnesota, Florida and Ohio since my ordination in 2011. I am a 2010 graduate of Princeton Theological Seminary and am working on a doctor of ministry degree with Austin Presbyterian Theological Seminary. I am married to Jim and we have 5 grown children and two grandchildren in our blended family. We are parents to fur babies, Liam, an orange tabby cat, and Minnie, a toy poodle. View more posts