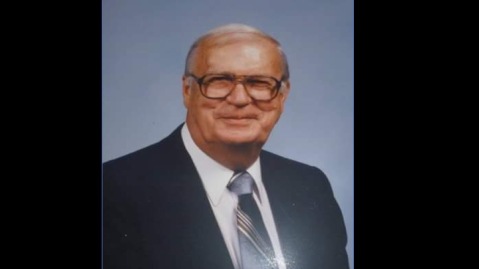 Henry and I met about 3 years ago, when I came to be pastor of Merritt Island Presbyterian Church. He wasn’t able to attend worship regularly because of his health and mobility issues, so I visited him in his apartment in what is now “Solaris.” He came to his church with his daughter, Peggy, when she was in town and said he always felt better after coming. He was a member of MIPC for more than 50 years. He encouraged me in my ministry, thanking me when I brought him communion and read scripture with him. We had good conversations about the church; he told stories, but didn’t gossip. He didn’t look back with rose-colored glasses or long for the past. He was honest, a truth teller, about his experiences and sometimes disappointments years ago. I appreciated his openness and loyalty to a church of imperfect people, knowing their need for a Savior and longing to be perfected by Christ.

We talked about things we had in common, for Henry, though he moved to Florida in 1967, was a northerner like me. We both had lived in Pennsylvania; he was from the borough of Conway in Beaver County, Western PA, and I had lived in York County in South Central PA for 14 years. He and I both loved cats and pickles. He loved his family most of all. And I had moved to Florida to be closer to my aging parents. We just celebrated my dad’s 84th birthday with him yesterday. Henry showed me pictures and talked about his children, grandchildren and his wife, Betty, who died of cancer 20 years ago. He talked about when his family embarked on an adventure, moving to Florida to get out of the cold winters when the two boys—Skip and Paul–were young and kept coming down with croup. They didn’t have croup after they moved to Florida, Henry said. Not once. He talked about how lucky and blessed he felt when he and Betty both got jobs with Southern Bell. He was a hard worker and had come from humble beginnings. His family, when he was young, had lived on a small farm in North Carolina, with no running water, before they moved to PA, where his dad found work on the railroad. He held onto the faith that was formed when he was a child. Among his personal belongings, Peggy discovered his certificate, from June 14, 1935, of “regular attendance and faithful work in the primary department of Vacation Church School” at the Presbyterian Church of Jackson Springs, NC. 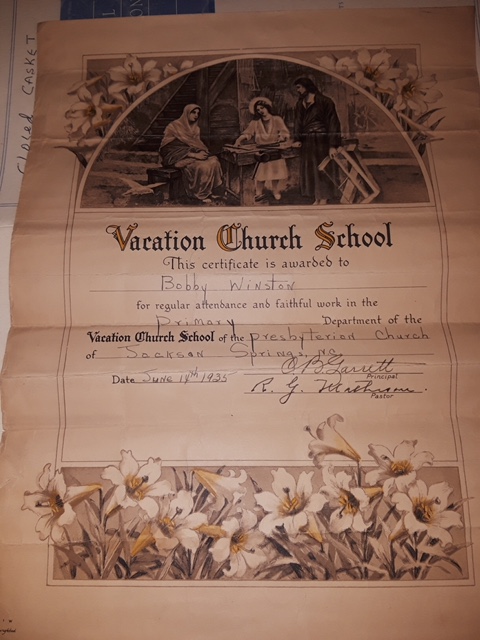 He served his country in the Navy in WWII from March 1944 till Feb. 1946. During his service, he was sent to the Pacific to help with the 1946 evacuation of the Bikini Atoll in the Marshall Islands before our country conducted its largest nuclear weapons’ test–a 15-megaton atomic bomb. Although I knew Henry had been in the Navy and had told him that both my parents were in the Navy, I didn’t know he had served in WWII. I think that, like many veterans, he loved his country and was proud to serve it, but nothing made him happier than to come home to his family.

He was a supportive father, coaching softball and driving his son, Paul, to all his sports’ practices and events, including all the way to Lincoln, NE, for wrestling matches. Those who knew him and Betty as neighbors when they lived in a home on Merritt Island near the church called him, “The mayor of Grenada.” He was outgoing, spoke with a soft voice and had keen hearing. He was a friend to many and was on the hospitality committee at Solaris, giving tours to prospective tenants and welcoming new folks into the community.

He had a joyful, playful spirit. When he was younger, he and Betty bowled in a league and played bridge. When he was at the hospital a few weeks ago, he had the nurses write on his white board, “I’m the BINGO champion.” I meant to ask him what that was all about—how do you get to be a BINGO champion? Is there a strategy with BINGO? He and a man named Al had a competition going. But soon after I got to Henry’s room, a tall woman named Ursula arrived to give him physical therapy and assured me she wanted me to stay, as I was his loved one. Henry, though weak and exhausted from his health crisis that had brought him there, threw back his head and laughed heartily. “My loved one?!” he said. “She’s my pastor!” Later, when we were alone, I told him it would have been OK with me if he hadn’t protested. “I do love you,” I said. “And I am your pastor.” But I did get from his jubilant response that he was glad I was his pastor. Henry accepted me as the first female pastor he and his church have ever had.

He tried his best to sit up, stand and walk with his walker for Ursula. We were both a little afraid of her. He never lost his sense of humor. When she asked if there was someone living with him—meaning someone to take care of him when he was discharged—he smiled and told Ursula he lived with 86 women! He was telling the truth; there are probably 86 women living at Solaris. But he didn’t tell her that he lived at Solaris. I volunteered to fill in that little detail.

Jesus, in his Sermon on the Mount, paints a picture of the Kingdom of God that is here now, but is also in the future, when His Kingdom comes to fruition. But His Kingdom is hard to see, no impossible to see, without the Holy Spirit illuminating it for us as we study God’s Word and pray for our eyes to be opened. For Christ’s Kingdom, as he will tell Pontius Pilate in John 18:36, “is not from this world. If my kingdom were from this world, my followers would be fighting to keep me from being handed over to the Jews. But as it is, my kingdom is not from here.”

This message is for those who seek to be nearer to God—to know Christ more and be like Him. We are the ones Jesus is talking about who are blessed—or “happy” as some translations say, though we might not always feel happy in this world of suffering.

Not all of our sufferings are due to our fragile bodies being just temporary dwelling places for Christ’s Spirit until we are glorified with Him. We suffer because our world—all Creation–is broken and corrupted by sin. The good news is that the Spirit is working in us now; we are being transformed, re-created. The Apostle Paul says in 2 Cor. 5:17, “So if anyone is in Christ, there is a new creation: everything old has passed away; see, everything has become new!”

Listen to the promises of Jesus…The Kingdom belongs to the poor in Spirit! The pure in heart will see God!  God’s children are peacemakers! The earth belongs to the meek—those who are submissive, obedient and humble! Those who hunger and thirst for righteousness will be filled! The merciful will receive mercy! And those who mourn, as you do now, will be comforted.

Those who have been persecuted—falsely accused, ridiculed, rejected— will rejoice because our reward is great in heaven, not because of our own goodness or worldly accomplishments, but because the love, grace and mercy of God has been poured into us by the Holy Spirit, leading us to live each day with strength, courage, peace and faith.

Henry recognized God’s hand in his life and appreciated His blessings, even when life was really hard. The physical therapist, before she left his hospital room, told Henry that it would be best if he went to rehab before going back home.

Henry just nodded his head and looked sad. He didn’t complain, get angry or show frustration. He had his family, his faith and his friends. He knew what was important, as the Apostle Paul tells us in 1 Cor. 13:8, how “love never ends.”

He thanked me for coming to see him and for praying for him—that day and the times before. He told me to go find Peggy because she would want to see me before I left. But he was also sending me off to minister to his family, because he knew. God was preparing his heart for what was to come. He was worried about his loved ones, those who would mourn for him.

He would want me to share with you now the hope and promise of the resurrection and the glorious Kingdom that may be hard to see now because there’s so much darkness in this world. But there’s goodness, too. And love! The Kingdom is here AND it’s coming soon! He is coming again for His Church. And we will be blessed! We will rejoice! You who are peacemakers will be embraced as the children of God! You who are merciful will receive mercy! You who hunger and thirst for righteousness will be filled!  You who mourn, will be comforted! Every tear will be wiped away when you see Him face to face! 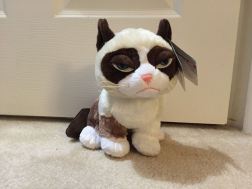 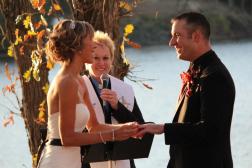 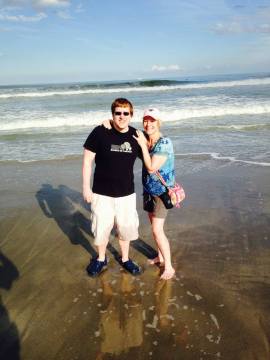 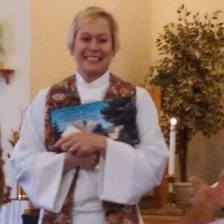 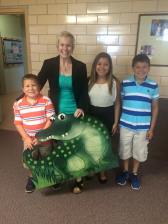