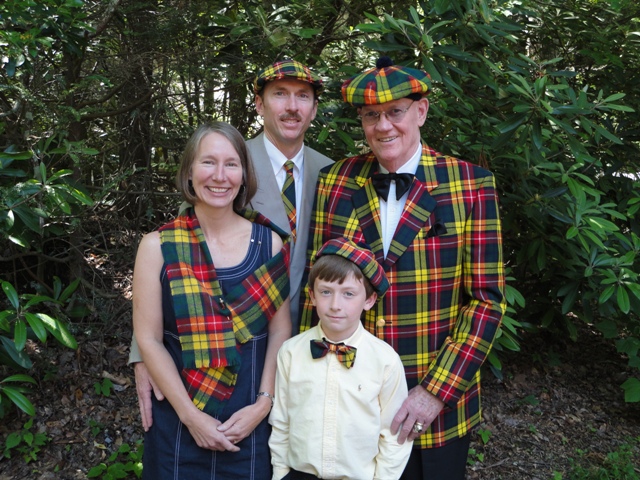 Therefore, since we are surrounded by so great a cloud of witnesses, let us also lay aside every weight and the sin that clings so closely, and let us run with perseverance the race that is set before us, 2 looking to Jesus the pioneer and perfecter of our faith, who for the sake of the joy that was set before him endured the cross, disregarding its shame, and has taken his seat at the right hand of the throne of God. 3 Consider him who endured such hostility against himself from sinners, so that you may not grow weary or lose heart.

Pete was in the greeting line on the first Sunday I led worship here last October. You could easily pick him out of the crowd because of his height and impeccable, distinguished appearance. He had a confident way of carrying himself. After that first Sunday, I could always tell when he was in worship; it helped that he always sat in the same pew. He welcomed me that first day with his smile and Southern charm and told me he was happy I was here. And I knew he meant it. My first impression of Pete was sincerity and gentleness.

In the coming months, I discovered that he wasn’t shy about sharing his opinions on many subjects. He was not afraid to speak his mind. But whether he was talking about the church, music, technology, sports or “women drivers,” –whatever topic came up in conversation– you might not always know if he was being serious. He had a tendency to joke around even with people he had just met. This drew people to him, as did his “colorful” expressions. His children called them “Popisms” and compiled a list of them one year to give to him as a gift. Here are some of them: “Does a goat stink?” “Great day in the morning!” “You’re a caution!” “Full as a blivit.” “It doesn’t take much to amuse some people.” “That’s all you get for a nickel.” “Bruno did it.” “Are you going to make a career out of that??” “Take 2 and butter 1.”“Who stepped on a rabbit?” And, “Hold her head up, Miss Mitchell, she’s headed for the alfalfa field!”

Pete also liked to say, “Patience is a virtue.” This is fitting for Pete, who definitely had to learn patience as he endured and persevered through a difficult childhood and trials in young adulthood. His family didn’t have money for college, but Pete was smart and determined to go. He found work in a co-op program and paid his way through Georgia Tech, earning his degree in 1961. The natural-born athlete, who was good at many sports, made a hard choice and gave up playing basketball for his college after the first year because he couldn’t afford to play; he needed to work.

Though Pete had a colorful way of expressing himself, he didn’t always share personal things. I didn’t know just how fragile Pete’s health was and that he had been in chronic pain since he returned to Merritt Island in Dec. 2014. He had moved to TN to live with his son, Mark, daughter-in-law, Donna, and grandson, Graham, for 5 and ½ years. Pete had been a caregiver to his wife, Lila, as she battled cancer for 2 years, retiring earlier than he had planned from the Kennedy Space Center so he could take care of her. Some time after Lila went home to be with the Lord in 1998, Pete’s mother, Julia, came to live with him at his invitation; he was her caregiver by choice for 7 years.

Pete was matter of fact about his own health issues. What frustrated him was that he was no longer able to walk without a walker because he was growing unsteady on his feet, that he had to give up driving, and that his mind wasn’t as sharp as it used to be. He told me these things as we ate lunch with about 10 other church members in the dining room of the “Tower” of Courtenay Springs Village, the retirement community in which he and the others lived. He entertained me with stories throughout our meal. After lunch, Pete invited me to continue our conversation at his home in the penthouse. I couldn’t say no to Pete, he was so charming, though I was worried that saying yes to him might hurt other folks who also wanted me to visit. But I sensed that Pete had something important to say.

He wanted to talk about his family and share Lila with me through photos and stories. I think he wanted me, who had never met her, to know her and love her, as he did. She was still with him in his heart, every day. She had been a professional model and church members describe her as “beautiful inside and out.” The penthouse at Courtenay Springs had been the home Pete and Lila had dreamed of living in together someday, when they got older, Pete retired, and they sold their home in South Merritt Estates. Her cancer stole that dream away.

Pete missed Lila so much. He told me he felt ready to go home to be with the Lord. He had lived a good life. He had run the race of faith that Christ had set before him. He had not grown weary of doing good. He had not lost heart.

When I was choosing a scripture for today, these 3 verses in Hebrews came to mind. “Since we are surrounded by so great a cloud of witnesses.” And I thought, “That’s Pete!” He is one of the many witnesses to the saving work of Jesus Christ–just as we are. Pete persevered in the faith, despite obstacles and trials, despite his suffering–his physical and emotional pain.

The book of Hebrews is actually a sermon meant to be read or heard all the way through, at once. This sermon was passed from congregation to congregation as a letter, though it doesn’t have the form of a letter; there’s no greeting or recipient mentioned, except in the title, which may have been added later–“The Letter to the Hebrews”–as the earliest Christians were Jewish or “The Hebrews.” It is written for a general or universal audience. It is written for us.

It helps our understanding to look back at chapters 10 and 11. In 10, we learn that Jesus’ sacrifice was once for all people, and we are called to persevere in hope. We always think of persevering as getting through something hard. But it’s also holding onto something–our hope! In 10:23-24, we read “Let us hold fast to the confession of our hope without wavering, for he who has promised is faithful. And let us consider how to provoke one another to love and good deeds.” Then in the first verse of chapter 11, we learn that “faith is the assurance of things hoped for, the conviction of things not seen.” The remainder of the chapter gives biblical examples of faithfulness (Abraham, Moses, David and others) –to provoke us to love and good deeds.

Chapter 12 begins, “Therefore,” meaning all that came before it– the definition of faith and the biblical examples of faithfulness–was building up to this point. “Therefore, since we are surrounded by so great a cloud of witnesses”– who are the witnesses? Christians of the past, present, and future. Look around the room at the cloud of witnesses–and think what a small part of the great cloud it is! This surrounding is a good thing; it means we are protected, strengthened by God’s Spirit that lives in every believer and the faithfulness of those who came before us, and those who are with us in the present and future.

Verse 1 continues, “Let us also lay aside every weight and the sin that clings so closely, and let us run with perseverance the race that is set before us.” This means let go of whatever activity or attitude that is keeping you from living the hopeful, joyful life of service that God wants you to live –and has set before you. It is within your grasp, with the Spirit’s help! And what is the secret to keeping our hope and holding onto the faith? It’s not just looking around us at other people, and it’s not looking down at ourselves and becoming frightened or overwhelmed by our difficult situations. It’s looking to the one from whom our faith originates, the source, who wants to build up and make perfect our faith. That looking down and being afraid or overwhelmed is the sin that clings so closely. This sin is like a garment that we wear. The second verse assures us that this sin can be laid aside; removed. We have the power within us to choose a life of hope and service over a life of fear. If we look to Jesus to heal us–and make us whole.

It wasn’t easy for Pete, just as it isn’t easy for many of you who are struggling now. But he loved his family. He enjoyed many friendships, the camaraderie of his bridge groups and going with friends to every spring training game for the Washington Nationals in Viera. And he loved his church. He continued to serve the Lord through his participation in worship, when he was well enough, and through his giving. The last time I talked with Pete, he had stopped by the church to make sure that we had the dedication correct in the front of the new, Glory to God hymnals he had purchased for the church. He bought 73 of them! All are dedicated to Lila. You will likely find at least one of them in your pew.

Pete, surrounded by a great cloud of witnesses that includes you and me had run with perseverance the race that is set before all of us. Let us now lift our eyes from our own problems or struggles. Let us all look to Jesus, to build up and make perfect our faith. He longs to heal us and make us whole. He endured the cross because he knew the joy would come with his resurrection. Human beings would be saved through Him.

Loving God, thank you for Jesus, who died to make a way for human beings to be reconciled with you through belief in your suffering work for our sakes. Thank you for your grace that covers all our sins, your love that goes on and on, unconditionally. Remove from us the sin that clings to each one of us like a garment–the attitude or activity that gets in the way of us living lives of hope and service–the way you want us to live. Heal us, Lord, and make us whole. Lift our eyes up and away from our own problems so that we see your love and grace and we are empowered to be Christ’s witnesses. Strengthen us to persevere through struggles and sorrows help others as we run this race together, following Jesus, until we see Him, face to face. In his name we pray. Amen.